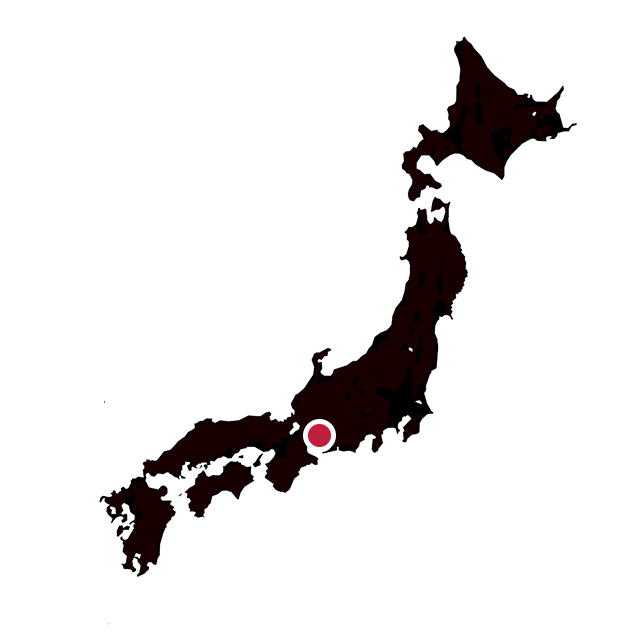 joint called Early Birds Breakfast on the edge of Nagoya, Japan. I haven't seen another patron all morning, which seems unusual, but I certainly don't mind the quiet. My train arrived at Nagoya station this morning after leaving Tokyo at an early hour only possible due to my jet lag. Originally planning to head straight to Osaka, I've made this detour to Nagoya on the insistence of a Tokyo bar owner that I visit a particular bourbon bar here called ANKI.

Finishing up breakfast, I check into my hotel, and learn why I was without company earlier — it's a Japanese holiday, and many establishments are likely to be closed. With only one night in Nagoya, I begin to worry that visting ANKI might not be possible after all. Evaluating my options, I locate the bar's Facebook page, which I'm unable to read due to it being written in Japanese, and fire off a message regarding their holiday hours. Fully expecting no reply, I wander the city for the remainder of the afternoon and end up having dinner at Ichiran Nagoya Sakae, a popular ramen restaurant in the center of town. The moment my food arrives, my phone buzzes with a message from Hiroyuki Go, who I'll later learn is the son of the owner of Bourbon Bar ANKI. Even though English is not his primary language, the most critical part of his response came through loud and clear: “Yes, today is a Japanese holiday, but we will open for you.” My excitement is slightly tempered by confusion, as I struggle to wrap my head around the scenario. After all, how many bars in the United States would open on a national holiday just because a random foreigner wanted to drop by for a drink?

“Yes, today is a Japanese holiday, but we will open for you.”

I finish my dinner in haste and work my way over to the bar through what appears to be a red light district. I later learn that the bar hasn't moved from this location since 1980, when the spot was actually in the heart of downtown Nagoya. The scantily clad women and flashing neon eventually turns into a dark side street where an empty whiskey barrel sits in front of a tall building that's the width of three doorways.

The bar itself has two doors: one for patrons and one for accessing the area behind the bar. The place is so small that moving from one side of the bar to the other requires exiting through one of the doors and reentering through the other. I open the door for patrons, and find myself alone with two Japanese gentlemen dressed in matching suspenders and bowties. They have been waiting for me. The bar is almost uncomfortably quiet, save for some Jazz playing softly in the background. Peanut shells litter the floor, apparently leftover remnants of the bar's 37th anniversary party which was held just a few weeks prior. The older gentleman, who I later learn to be the owner, Fumio Go, gestures for me to sit down and disappears into the back. He returns nearly instantly with oshibori -a hot towel-, a glass of water, and a sampling of serrano ham and cheeses.

As I clean my hands, my eyes dart between hundreds of open bottles lining the bar, as the father and son watch me with quiet bemusement. Their attentive silence makes me nervous as I'm too overwhelemed by the options to be able to know exactly what I'd like to drink first. My first attempt at awkwardly gesturing towards bottles I'm interested in is met with confusion and it dawns on me that the language barrier might be more difficult than I had originally anticipated. I get the impression that Hiroyuki Go, the son, has had more recent experience speaking English. He knows enough to understand my requests and some basic questions, but appears self-conscious and continually apologizes for his English skills.

Behind the bar is so tight that the father and son can't switch places without leaving the building, but its shelves are absolutely packed with bottles. The massive display is the product of decades of whiskey collecting by the father, an interest that was sparked in the 1970s when American-style whiskies first appeared on the Japanese market. Prior to that time, most whiskies in Japan were blended to be low-proof with a light flavor profile. They were also designed to taste good when diluted with ice and water in the form of a highball, a common Japanese drinking practice.

The owner, Fumio Go, didn't particularly enjoy American bourbon whiskey when he first encountered it in the 1970s, but a taste of a 10 year old Heaven Hill bourbon was all it took to change his mind. His newfound appreciation of American whiskey drove him to travel throughout Japan looking for other bourbons to taste and study, efforts that benefited from a Western wine and spirits craze that had been sweeping Japan in the 1970s. By 1980, he had amassed a sufficiently large selection of whiskies to open his own bourbon bar, and Bourbon Bar ANKI was born.

Given the sheer volume of bottles I've never encountered before, and without any sense of pricing (there is no price list), it ends up taking me some time to decide what I would like to try first. My hesitation is further compounded by the fact that the shelves are stacked multiple bottles deep, meaning I need to be able to identify interesting bottles in the back row from their topmost three inches, a skill that most whiskey enthusiasts end up learning over time during their search for rare bottles in bars and liquor stores. Often times this obstruction serves a purpose: it means that the the bartender retains more control over which customers get to see the most unique and rare bottles.

First flight of the evening - a selection of vintage Johnny Drum

I kick off the evening with an out-of-production bottling of 12 year Johnny Drum bourbon. We do our best to discuss various characteristics of the whiskey's taste profile given the language barrier, which inevitably leads to my hosts unearthing multiple (out of production) variants of the older 15 year Johnny Drum Private Stock to taste alongside the original 12 year. We eventually work through similar flights of Japanese-only releases of Van Winkle and the earliest releases of the Parker's Heritage Collection whiskies, offerings available in only a small handful of high end bars around the globe. In the United States, if one were to find any of these bottles remaining on store shelves would presumably be due to their exorbitant price tags. What is so remarkable about finding these whiskies here is that they have been here for years at a very modest price, and nobody has been drinking them.

The evening wears on and I feel compelled to dig into my bag to retrieve a small collection of bourbon samples I've brought for just such an occasion. I present them to my hosts with a gesture that they are meant to be tasted. The first of the samples are from the Willett Distillery, from bottles that were made available exclusively at the distillery gift shop in Kentucky. When I inform them of this fact, they're amused, and inform me: “When Americans visit, they are only interested in Willett.”

Their amusement is the product of the cult following that the Willett Distillery and its Willett Family Estate whiskey bottlings have obtained over the course of the past few years. Today, most of the Family Estate bottles are available exclusively at the distillery gift shop, and often sell out within hours. The single barrel Willett bourbons that Japanese bars have are typically exclusive to the Japanese market, imported by Bonili, a Japan-based spirits importer. The samples I've shared with my hosts are representative of a more recent style of bourbon production, with a very high proof (often 120 proof or higher) and a heavy profile. This new generation of Kentucky bourbon stands in stark contrast to the lighter bourbons typical of the Japanese market. The ad-hoc tasting session successfully softens the prevailing tone of seriousness of the evening to something more casual and open.

A few tasting sessions later, the father, face flushed red, begins pulling out various bottles from the backs of shelves, and tells stories about specific prized bottles he has been collecting over the years. A small photo album soon appears as well, containing photos of each and every bottle in his collection. With each page turn, he beams with satisfaction and pride as he shares short stories about each and every bottle.

“When Americans visit, they are only interested in Willett.”

Not every bottle of whiskey is open and available for tasting at ANKI, an unfortunate reality for the seasoned bourbon connoisseur visiting the bar with an expectation of sampling the entire collection. That said, the selection of open bottles of rare and unusual whiskies is certain to satisfy any foreign visitor. Nearly half of the bar is populated with sealed bottles that were collected over the years. It's understandable that after nearly 40 years of pursuing this passion, the owners harbor a hesitation to opening every bottle - especially in an industry where their livelihood depends on the diversity of the collection. They're balancing preservation with consumption, and it seems that all bottles are opened in due time.

Following our impromptu sample session, my heart stopped as my hosts unearth a bottle of the ultra-rare 23 year old Old Rip Van Winkle decanter, a once-in-a-lifetime opportunity for most bourbon enthusiasts. It was released by the Buffalo Trace distillery in 2009 and was bottled at 114 proof (barrel strength), apparently a first for the distillery. Highly sought after by collectors, the bottle easily sells for upwards of $5,000 USD for those looking to have one of their own.

Sipping my glass of rare barrel proof whiskey, the evening draws to a close. I share with my hosts that I'll soon be heading to Osaka to visit Rogin's Tavern. It is perhaps perhaps the most well known American whiskey bar in Japan, so I am not surprised that they appear to be familiar with it. However, I am shocked when the father pulls out his mobile phone and makes a phone call to Tatsumi Seiichiro, the owner of Rogin's Tavern. After a few minutes of pleasantries, I'm handed the phone. I've had enough bourbon at this point to instantly blurt out the traditional Japanese telephone greeting moshi moshi, which everyone appears to find particularly amusing. A professional-sounding Mr. Tatsumi inquires about where I plan to stay and when I expect to arrive at his bar. Following some additional small talk, he tells me that he looks forward to hosting me soon at his bar in Osaka. I hand the phone back to the owner and finish my drink as they prepare the bar to close for the evening.

I thank my hosts, and they follow me to the door to see me away, with smiles and a wave. I know I'll be back someday, fully expecting to find that nothing has changed. And that would be fantastic.